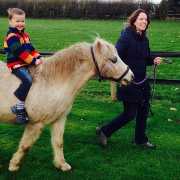 Emma is a lawyer and also manages the practice with her husband Colin. They are the proud parents of Harry Jamie and Lucy. Emma enjoys seeing the children ride their pony Fuzzy who lives at Brown Moss Farm. 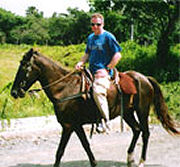 Peter is responsible for the day to day running of the yard and is the reason why everywhere always looks so immaculate. He is an experienced horseman having spent his youth working at racing stables before joining the practice in the early 1980’s. He is an avid cake eater (donations gratefully received) so it’s a good job that he is also a keen runner! 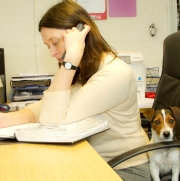 Catherine has been with the practice since May 2006. Her title as receptionist does not go half way to describing her role in the team – she keeps all the vets under the thumb! She is married to Stephen and they have a daughter, Emma. Outside work Catherine is the dedicated groom of Emma’s horse Boo. She also has two dogs and two ducks! 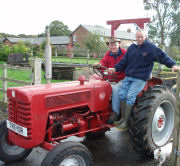 Since the practice moved to Brown Moss Farm, Ian (Colin’s father) has appeared weekly for his list of tasks. He can often be found outside aboard the mower and tractor, assisting Peter in keeping the place spic and span. A retired bank manager, Ian enjoys spending his spare time with his wife Janet. He also acts as a reliable babysitter for his nine grandchildren!